Does anyone else find it mildly disturbing to be addressed as “dear”, “hon,” or “darling” by someone who is at least 10 years younger than you?

I have noticed over the past year or so that Tim Horton’s has been hiring more young servers, and they have strangely taken on some of the matronly language of the more traditional Tim Horton’s Lady. (For those of you wondering if this has something to do with Dr. Seuss, miscommunication and my penchant for bad chemicals, Timmy’s is Canadian institution and chain of coffee shops.)

This morning was particularly uncomfortable, as the young lady serving your peripatetic doctor of peyote, was also a hottie. Granted, Timmy’s tries to disguise any attractiveness their staff may have with the brown, shapeless polyester atrocities they make them wear, but there was no pretending.

“Can I get you anything else, dear?” she asked me.

Thousands of inappropriate responses flashed in my mind, somewhat dulled as it was by the morning’s peyote milkshake. (Hence the need for the high-octane caffeine that is the only redeeming quality of Tim Horton’s coffee.)

“How about a beaver tail?” I said in a strangulated voice.

Earlier that day he’d lost his medical license; luckily, he also had a PhD in biochemistry, so he would still get everyone call him “doctor”. But it was the loss of easy access to pharmaceuticals that was the problem.

No, he had to be honest with himself: the problem was the special Halloween pumpkin-and-peyote-extract milkshake he’d had at breakfast, a couple hours before the hearing.

Four hours later the anxiety and fear were at their highest. He knew that, but of course, he didn’t have complete control over it.

Then he saw the zombies.

Serious, honest-to-god zombies. They filled the street. A small group of brain-hungry shufflers were chasing patrons out of an Aldo store and biting them. There was a zombie staring right at Dr. Tundra. It looked like he used to be a priest and was finishing off an afternoon snack of tasty baby.

The screams were horrible, terrifying. Already unhinged by his de-licensing and the ill-advised peyote pick-me-up, Dr. Tundra started to shake. If he’d had more control over his body, Tundra would have run, but he didn’t.

What he did have was his .45. And enough practice that he was confident the fear and mescaline would not ruin his aim.

“Shoot for the head,” he reminded himself, as he approached the mob of zombies. Many of them seemed to be laughing and having a good time. He thought that was odd. Zombies shouldn’t laugh.

And he certainly didn’t think they would run away.

As he watched the proceedings unfold in court, Dr. Maximillian Tundra was starting to understand how Mohammed or Jesus might feel if they could see what had happened to their teachings.

Of course, all great prophets someday have their ideas formalized and turned into religions, but Dr. Tundra had just not been thinking about that when he formed his own sect of Pastafarianism, the First Church of the Noodly Norsemen.

Like other Pastafarians, they believed that the universe was created by the Flying Spaghetti Monster. But while other worshipers thought it was the declining number of pirates that has caused the increase in global warming, hurricanes and earthquakes, Dr. Tundra had been preaching that, in truth, it was a lack of Vikings.

And now a radical sect of his very church (popularly known as the Norse Pastafarians) had been arrested for planning an extensive terror campaign against the misguided pirate-based version.

They called themselves the Lost Boys and planned to eradicate the pirate-believers. And they had been caught, because of Dr. Tundra.

He’d really had no other choice. The lead terrorist, who called himself “The Peter”, had been unwilling to listen to Dr. Tundra’s arguments.

“THE Peter,” The Peter had interrupted. END_OF_DOCUMENT_TOKEN_TO_BE_REPLACED

My dog, Calypso, and I braved the twenty-below temperatures last night so that we could enjoy the total lunar eclipse. (Actually, the dog was more interested in the trash left out for garbage pickup the next morning, but she was into the spirit of a long walk/refuse buffet.)

First of all, this was a total lunar penumbral eclipse. Not one of your wussy partial eclipses. (You know it’s a total, full-on, sexy eclipse when the moon enters the earth’s penumbral shadow — it’s so dirty.)

As I watched the bright moon turn a kind of weird rusty-orange color, Calypso found a chicken bone. After a short fight in which we both growled excessively, she was relieved of said morsel. I looked up, and what could I see, but two bright stars, Regulus and the planet Saturn, who were also kind of turned on by earth’s penumbral shadow.

It was getting freaky!

Then I noticed something strange happening in the south — was some weirdo trying to shine a spotlight on the moon? No a whole bunch of spotlights. Why were they changing? Why so green-looking? Then it was obvious what was happening, it was the northern lights. And there they were off to the east, and north as well.

Either that or the peyote was kicking in. 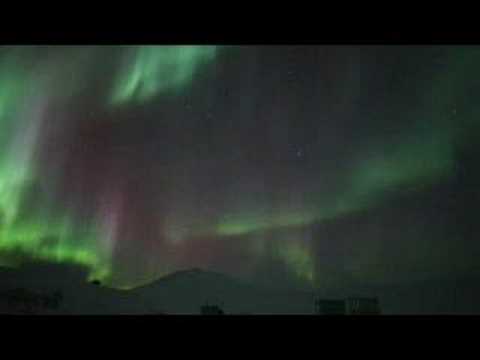 Similar to polar aurora, humor-blogs.com is produced by the collision of charged particles from the humor-sphere with Earth’s blogo-sphere. Photo Credit: Rhondle. More on auroras and last night’s lunar eclipse [wiki] You can also watch 13 more time-lapse wonders at Fogonazos.

Initially, I wasn’t sure how to categorize the movie. At first I thought it might be a musical about body mutilation, but then it got a bit darker, and stranger, and quite frightening.

I guess I would best categorize SiKCO as a kind of horror movie with SF tropes and moments of absurd comedy.

It kind of meanders for a horror flick, and a lot of characters get introduced throughout the story (and yes, a lot of bad things happen to them). The one character who remains unharmed — except for a painful interview he conducts with an extremely smug French couple — is the “film-maker” Michael Moore.

The framing device for this terrifying piece of fiction is that Michael Moore is a documentary maker. The CGI experts that created this sympathetic character are geniuses — yes, the protagonist is quite horrible to look, but you can really feel his humanity coming through those pixels, so you definitely sympathize with his want to help people.

And boy, in this setting, people need help. I mean, in this movie, if you’re ill, old or poor, you do not want to need a doctor. Basically, think of the HMOs as a horde of zombies, and anyone needing healthcare as brain-food on the hoof. As (an ex-) doctor, I was quite horrified to think that those organizations would spend so much of their time and effort denying care — clearly something is rotten in Denmark.

By contrast, the protagonist visits several countries that have universal healthcare. Part of it is even filmed in my hometown, of London, Ontario. This segment of the movie is fairly accurate, though there wasn’t much mention of efforts in Canada to privatize medicine. (Mostly unsuccessful so far, thank god.)

On the whole, I found SiCKO a disturbing and somewhat moving horror/comedy, though the ending, where a bunch of Americans are treated by Cuban doctors seemed a little too far fetched to believe. I bet it drives some people nuts though.

I give this four out of five peyote buttons!

Thanks to Archer at Lawyerworldland for suggesting I watch it. | Photo of the evil HMO Directory by brian cors