So let’s be clear about this. A hundred world leaders gather at the UN to discuss climate change, and our PM decides to meet with the mayor of New York instead?

Lest you have any trouble deciphering the hidden message, Harper is saying: “I don’t give a shit about this so-called climate change thing.” He’s not even going through the motions.

And yes, the magnetic Environment Minister Jim Prentice attended all day, and Harper went to the dinner, but that’s kind of like sending Forrest Gump to take notes at the Mensa meeting, and then coming for the post-chess whiskey tasting. It might be more fun, but it certainly isn’t taking the endeavour very seriously.

(Obviously, I have no idea what happens at Mensa meetings, though I’m sure they’re more interesting than climate change conferences held at the UN. Even so: Shame, Stephen Harper. Shame!)

At least one journalist took notice: 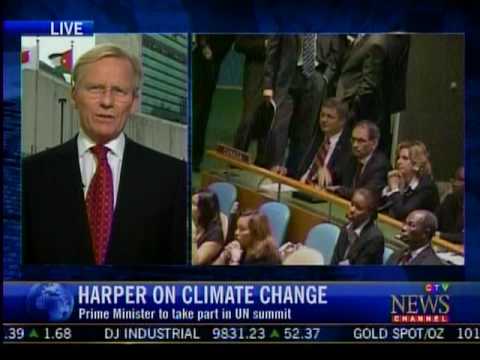 If the embedded video craps out worse than Harper, you can find the story here: Bob Fife calls out Stephen Harper for not showing up to UN climate change meetings. Also, you might want to check out this page, which has another report by Fife linked under the video screen.

A special thanks to Scott for alerting me to this one.

Alltop and humor-blogs.com have no idea where Canada is.